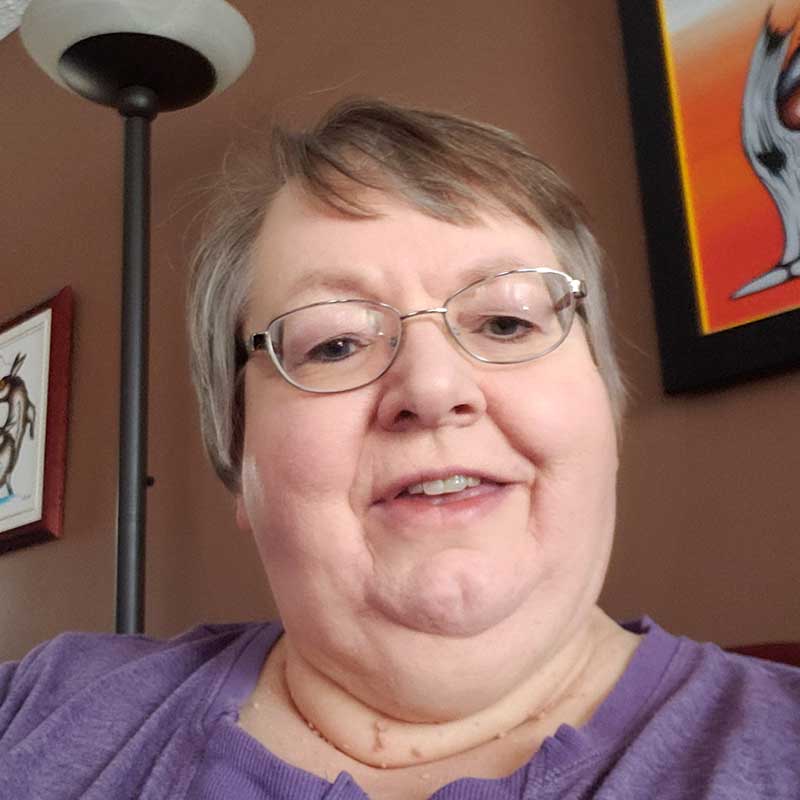 Penny has been nursing for over 40 years, almost 30 of which have been involved in air medical operations. After graduating from the Intensive Care Nursing Program at HSC in Winnipeg in the late 70’s, she worked in the MICU / CCU at HSC as a general duty RN, Assistant Head Nurse and clinical educator. While working in ICU, she completed a distance program in Nursing Management. In addition, Penny became an instructor in CPR, ACLS, PALS, STABLE Neonatal Stabilization and TNCC.

In 1987, she left the hospital environment for her first air ambulance job with the Manitoba Government Air Ambulance, providing critical care transportation services to residents of Manitoba. During her six years with the Manitoba Air Ambulance, Penny developed comprehensive training programs for the flight nurses and air medical pilots, developed the policy and procedure manual as a practice guide for the RNs in the program, established the quality management program and worked with the tertiary hospitals in Winnipeg to establish contracts for physician services for air medical transport.

In 1993, Penny was looking for a new challenge and joined a privately operated air ambulance in the Northwest Territories (now Nunavut). Her role evolved from that of an educator to the manager and educator for the air ambulance program. In addition to establishing a quality air ambulance service in the central and eastern arctic, she established a well-recognized international air ambulance operation, with bases in Winnipeg and Toronto. During the six years of international operations, the program was recognized as amongst the top 5% of air ambulances providing international services. Penny established detailed policies and protocols, comprehensive training programs for all staff members including pilots, RNs, RRT’s, MDs and flight coordinators, and initiated quality management programs.

Penny was a founding member of CAMATA while employed with the Manitoba Government Air Ambulance. During the last nearly 30 years, she has functioned as CAMATA President, President Elect, and Chair of the Education Committee, which was responsible for development of the CAMATA Air Medical Training Program in 1995, and the most recent revision to the CAMATA Air Medical Training Program textbook and course, as published in 2016. In addition to her involvement in CAMATA, Penny has been active in many organizations such as the CAPHC Interfacility Working Group and the Accreditation Canada Steering Committee which developed Accreditation Standards for air medical operations in 2016. Penny continues to share her expertise in air medical transport and critical care nursing through delivery of training programs and presentations across Canada.